Saved by the ‘Crowd’ 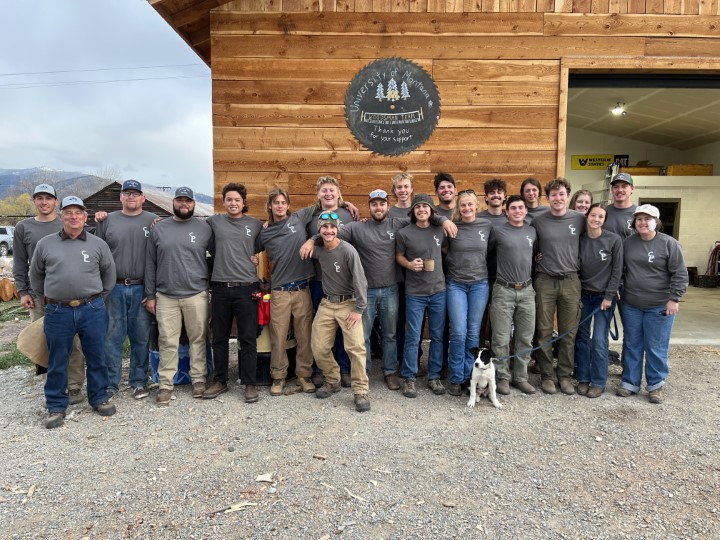 When two teams qualified for two national competitions the “crowd” jumped in with donations and sent the teams across the country to compete.

The Cal Poly Soil Judging Team and Cal Poly Logging Team each qualified for national competitions within their perspective disciplines. The team members’ enthusiasm to make travel arrangements briefly wavered at the cost of travel, but they were determined to make it happen. Discouraged but undeterred, the teams organized Crowd Funding campaigns.

The campaigns received an outpouring of support from more than 100 donors who gave more than $22,000. “It’s amazing to have all the support,” said Logging Team Dustin Morgan, a fourth-year forestry and natural resources major. “We would have never been able to have gone without it. 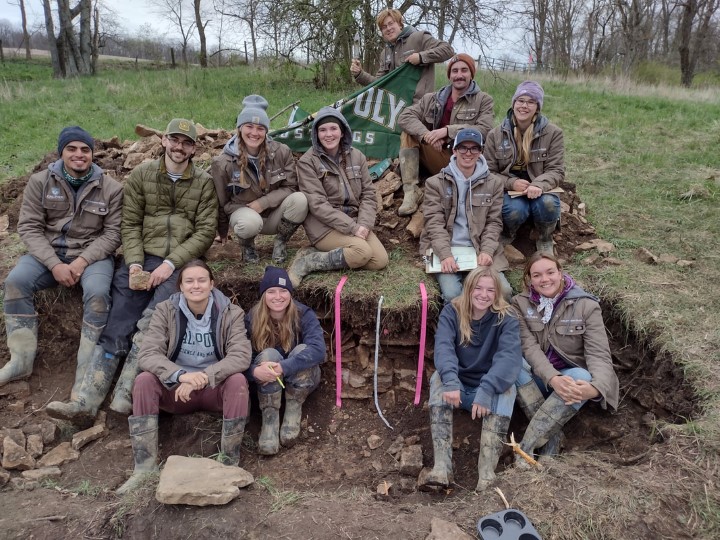 The 12-member Soil Judging Team departed for Ohio State University on April 18 to compete in the five-day National Collegiate Soils Contest. The team was accompanied by their coach, Assistant Professor Gordon Rees. On day one, the team was surprised to find standing water in the practice soil pit, which received a light dusting of snow in the afternoon. Rees, who kept a detailed blog throughout the competition, noted, “The team did great in its practice, learned a lot about describing wet soils and didn't even complain about the cold. Much.”

Madison Glenn, a fourth-year environmental earth and soil science major, explained that this was the first competition she was able to attend in person since the COVID-19 shutdown. While the team spends hours each week studying in the field, there are certain soil characteristics that can only be seen in specific locations. “We finally got to see an E-horizon!” Glenn said.

That’s not what she and the others had expected since they had only seen examples in textbooks. “We need these field experiences to learn,” Glenn said.

The Cal Poly Soil Judging Team was large compared to many other teams. This made task management and delegation essential elements for efficient teamwork, Glenn explained. She also noted how much the team members enjoyed working together. “In competition, it can get stressful. It’s important to communicate well and make sure everyone’s opinions were heard,” Glenn said. She said this experience helped the team understand the importance of good communication and how those skills can be used beyond the soil pit.

The Soil Judging Team placed 10th in the nation, and team member Morris placed sixth overall as an individual. The success of the team was greatly attributed to coach Rees. “He knows so much and is so enthusiastic. When teaching and coaching us, he wants us to do well and we want to do well for him, but it’s really all about learning,” Glenn said.

“The students did great and maintained their great team spirit they've had all week,” Rees noted in his final blog entry. He expressed a “final heartfelt thank you to all the donors who gave a little or a lot to make this trip possible. This soil judging contest, like every soil judging contest, is one that our students will never forget.”

The Cal Poly Logging Team departed for the University of Montana in Missoula, on April 25. The 19 team members were accompanied by their advisor, Professor Samantha Gill, and alumnus Walter Ruzzo (Natural Resources Management, ’78).

Before the competition began, the teams were invited to tour the largest sawmill in Montana and attend an active timber sale. The team learned about the different tree species, forest practices and economics specific to that region, said team member Dustin Morgan, a fourth-year forestry and natural resources major.

This competition provided a great opportunity for students to learn more about the industry.

“It was awesome meeting the other clubs from all over the West,” Morgan. During the competition, the Cal Poly Logging Team looked for ways to lend helping hands, whether it was helping during the competitions or cleaning up, the team did its best to help things run smoothly and make Cal Poly proud, according to Morgan.

While reflecting on the experience and the conversations with teammates, Morgan, who graduated this spring, called it “the highlight of our college experience!”

The benefit of these experiences extend far beyond that of a single competition. Students gained practical experience, learned lessons, fostered friendships and made memories that will last a lifetime. The department thanks all its generous donors for helping these students experience Learn by Doing activities outside their normal curriculum.