By Elle Harlow and Sophia Marquez 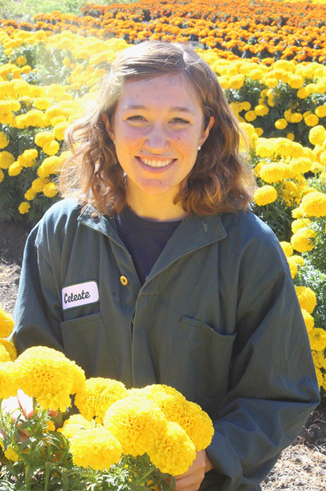 Celeste Doiron, a second-year biology major at Cal Poly, was one of the first botany interns. She explained a typical day on the ranch for botany interns. At 8 a.m. the team meets with staff to discuss plans for the day. From there, the main goal is to survey a 38-acre marsh on the Swanton property. Due to a highway that was built in the 1930s, the natural meandering nature of Scotts Creek was redirected in an unnatural straight path. This caused massive vegetation changes and subsequent damage from invasive species. Botany interns were tasked with collecting baseline data using drones and GIS to track large-scale changes before significant changes could be made on the highway. 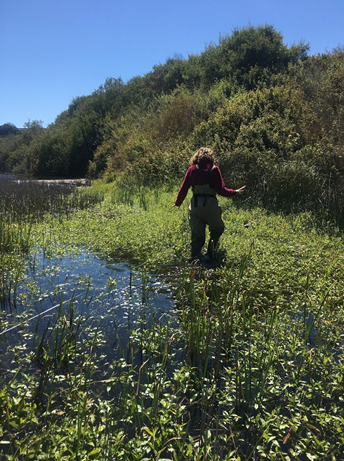 Not all ranch operations happen smoothly, and some of the challenges that the interns face were quite daunting. Doiron and her fellow botany interns found that the traditional point-intercept tracking methods were not conducive to track rare or lanky plants. They also struggled with the marsh flooding two weeks into the project and the inevitable poison oak rashes. The often-underestimated huge acreage and uneven terrain of the ranch itself also posed challenges. Despite these issues, the interns were able to make genuine connections with their peers and experience career-furthering opportunities along the way. Working with students in their major and other majors, networking with older students and alumni, and branching outside traditional internship duties are all part of the unique Swanton Pacific Ranch internship experience.

So what’s next for Swanton Pacific Ranch?  Further integrating Swanton classes and opportunities into the Natural Resources Management and Environmental Sciences Department on the Cal Poly campus is one of the many ways Swanton is trying to reach and recruit students for its multitude of internships, classes and volunteer weekends. These experiences are all part of Cal Poly’s Learn by Doing philosophy.

For more stories, read the rest of our Spring 2019 Newsletter