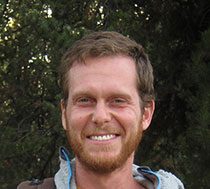 Nick is an environmental anthropologist who integrates qualitative and quantitative research methods to examine the ways in which sociopolitical, economic, and ecological changes influence human-environmental relationships, with a particular interest in food systems. He has applied this research approach in collaborations with researchers and policymakers in Latin America and South Asia, project-based teaching, and experiential learning programs in southwest Africa and the Caribbean. Nick received a PhD in Anthropology from the University of California, Santa Barbara and was a postdoctoral fellow in the Environmental Studies Program at the University of Colorado Boulder. He was formerly an assistant teaching professor at Worcester Polytechnic Institute. At Cal Poly, Nick draws on his research and student mentoring experiences to teach courses that introduce students to the dynamics of socio-ecological systems and help them to better understand issues relating to sustainable development and natural resource management.